All the things that I have done... 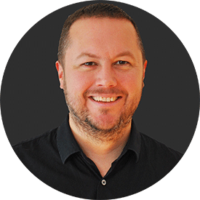 24 years on the frontline building and growing ecommerce brands

In 2021 it's not unusual to say you graduated university and jumped straight into the ecommerce industry.

Joining one the UK's first pureplay ecommerce brands to figure out two things. How to get people to buy and how to get people online. Our potential audience was a tiny fraction of that which you're working with for your own brand right now.

So. No books, no blogs, certainly no podcasts packed full of (and I'll use this term very loosely) experts telling you how to 10x your growth. I learned through practice. SEO was a doddle the competition wasn't there. Figuring out the messaging that inspired people to purchase? That was the challenge. And it's a challenge that fascinates 24 years later.

This was a magazine subscription business, so I had the pleasure of learning customer retention by hand. No ReCharge or Bold Subscriptions back then. No technology at all, unless you're counting the bcc field and a spreadsheet?

Fast forward to 2002. I landed the role of European Marketing Director at Priceline. The conversion challenge? The business model was to invite travellers to 'Name Your Own Price' on airline, hotel and car rentals. We were innovators. We learned the art of customer-centricity. We studied our customer. Their travel needs. Their desires. We give them confidence, willingness, to name their own price. Our marketing is led by the customer's voice. Before people named their price they had to have built enormous trust in our brand. Priceline pioneered true customer-centricity in the travel industry. It was a great place to learn my trade. They must have done something right, Priceline, having acquired Booking.com are now the world's largest travel company.

By 2004 I believed I learned all I needed to launch my own ecommerce brand. Hell, I was in my late 20's... why not?! So, from my back bedroom (I know, stereotypical startup story to the extreme) I built my business. Selling guitars. Not just any guitar, I showcased the oddities. The guitars you wouldn't find on the shelves of traditional guitar stores.

The business caught on. I opened a high street store, a warehouse, hired staff, did all the things you do in the name of 'ecommerce growth'. 2 years after launch we were presented the accolade of 'Fender Dealer of the Year'. Hurrah! We made it! The problem being that the business veered off track and became a little too generalist for my liking. I'd lost control of direction. Don't get me wrong, on paper it was great. For me, it wasn't the business I wanted to own and run anymore. I'd last touch with my ideal customer.

A shame, but no regrets when I look back. So, I sold the business and in 2009 I started what I'm doing right now. Teaching ecommerce entrepreneurs and marketers how to do this stuff. How to grow a customer-centred ecommerce business profitably and sustainably.

I don't work with generalists or those with the desire to get rich quick. My clients are in this for the long haul. The way business should be.

Throughout the 20 odd years I've been in this industry I've kept my fingers dirty doing the work. I can't pretend to hold the magic answers. Customer persuasion is hard work. The route is different for every single business I work with. If it wasn't, I'm sure I'd have written a bestseller by now.

I've had the pleasure of working with over 500 ecommerce brands large and small. I've spoken at events across the globe (narrowed down significantly thanks to the wonders of Zoom the past year...). Thousands of conversations with ecommerce people. This is my space. I'm as excited about what's ahead for the industry now, in 2021, as I ever have been. Let's see what you can achieve.

Thanks for reading. It means a lot to me. It's a condensed story, but hopefully gives you an idea of my background and why I'm sat here, right now, doing what I do. 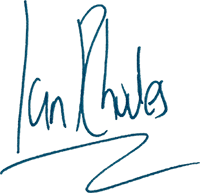 Before we get into the work bit, I was raised in SW London, Hong Kong and spent 7 years in Indianapolis USA before the age of 18...

Let me attempt to condense my 22 years of learning and experience as an Ecommerce marketer into bullet points.

I'll try to keep this short...

1996 - completed a degree in Economics with a dissertation entitled 'Marketing on the Internet' (this was 25 years ago....)

1997 - joined one of the UK's first eCommerce startups as Head of Marketing (I was the marketing team) in London.

2004 - launched my own bootstrapped retail business focused on selling guitars from makers you wouldn't find anywhere else.

2005 - The DIY guide to growth. Hand-built an eCommerce platform and wrote daily articles (this was long before the days before Wordpress...) on a hard-coded 'blog'.

2006 - Opened our first bricks and mortar (and wood and steel) shop in Ripley, Surrey and started taking on employees.

Selling my business and starting my consulting practice (2009 onwards)

2009 - Founded Ecommerce Growth Co.  to advise and consult with direct to consumer brands and niche retailers on how to fuel profitable, sustainable ecommerce growth.

2015 - Published the first in my series of ebooks, Make What You Make Matter

2015 - Speaking at conferences across Europe (inc. first ever trips to Greece and Latvia) to share insights to help marketers be more purposeful in their daily marketing lives.

2015 - Appointed to the advisory board at content marketing agency Contentology

2016 - Recognised on the UsabilityTools.com hall of fame - 32 conversion optimisation experts to follow

2016 - Published my second eBook, Emotive Selling For The Online Retailer

2016 - Interviewed by Design Week asked the question when is it right for designers to write?

2016 - Speaking at events in Berlin, Warsaw and Bucharest during Oct/Nov 2016

2017 - Surpassed 120 shows of the Marketing Homebrew podcast with 40,000 downloads with listeners in 65 countries

2017 - Booked to speak for the 3rd time at the UK's biggest retail fashion event, MODA

2018 - Interviewed by TakeCare.io for their Customer Intelligence Masters series

2019 - March - Keynote speaker at the InOrbit Conference in Portorož, Slovenia

2020 - the world of Zoom calls and no speaking events!! ... coaching ecommerce founders on how to optimise for growth and running optimisation for a few good brands

WHAT DO YOU DO NOW?

I advise upon and help action the conversion and retention strategies that drive long-term ecommerce success. Customer-centred. Data-informed. Story-driven. Clients are based in the UK, USA, Canada and on the international stage (literally).

My clients are in 1 of 3 situations.

I work from my home office in the lovely village of Prestbury Cheshire here in the North West of England. Two kids. One beagle. My clients are scattered across the globe in a variety of industries. I've worked with over 570 ecommerce brands in a range of sectors. When the pandemic is over, I hope to have the continued privilege of travelling around the globe running workshops and speaking at conferences sharing what I've learned so far.

NOW We're at the footer do you Want to read nice things people have said about me?